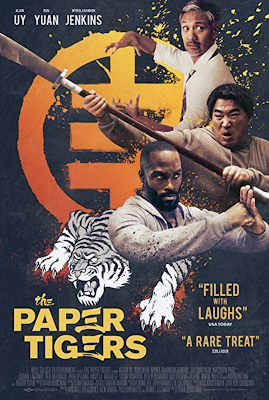 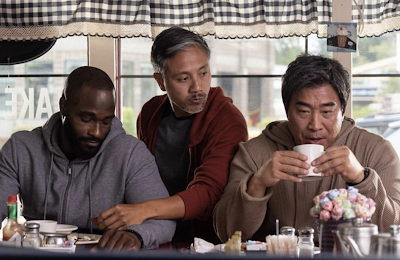 As kids Danny (Alain Uy), Hing (Ron Yuan) and Jim (Mykel Shannon Jenkins) trained in Kung Fu under their master Sifu Cheung (Roger Yuan), eventually as young men becoming skilled enough that he considered them his disciples. Now out of shape and having to deal with chronic injuries and family problems, they learn than Sifu Cheung has been murdered. They set out to find his killer and avenge his death. Unfortunately, they're not quite as fit as they used to be, and the odds look stacked against them. 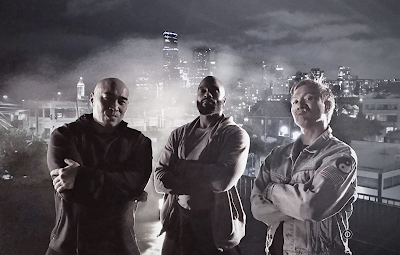 There's a fair amount of martial arts battling in THE PAPER TIGERS, but it tends to be of a more restrained one-on-one kind than the all-in one-man-fights-an-army shenanigans of many a 1970s Kung Fu exploitationer. In between there are plenty of dialogue scenes and character development and this mix is surprisingly well balanced. While there are moments of humour (and the occasional silly bit), the film as a whole is played seriously and is more about the three men coming to terms with who they are now as opposed to revisiting the glory days of their fighting peak. The three leads work well together and by the end you feel quite endeared to them. In fact it's the kind of film a martial arts movie fan could quite comfortably show to someone who isn't a fan of the genre and maybe even convert them. Not bad at all and well worth a look.

Posted by John Llewellyn Probert at 8:38 am