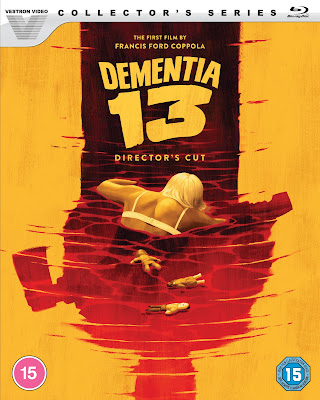 Yes that's right. After existing in various dubious public domain versions on DVD for many years, Francis Ford Coppola's Roger Corman-produced horror picture (otherwise known as THE HAUNTED AND THE HUNTED here in the UK) is coming out on Blu-ray as part of the Vestron Collector's Series. 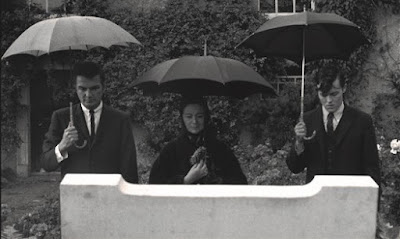 While out rowing (at night, in the dark), the husband of Louise Haloran (Luana Anders) dies of a heart attack, seriously threatening her chances of sharing in any fortune he may inherit. So she pretends he's still alive and travels to the ancient Irish family homestead to take part in the Haloran's annual ceremony to remember the death of their youngest daughter, Kathleen, who drowned when she was little. Unfortunately this year's occasion is marked by the presence of an axe-wielding maniac keen to bump off the family members while also possibly being one of them. 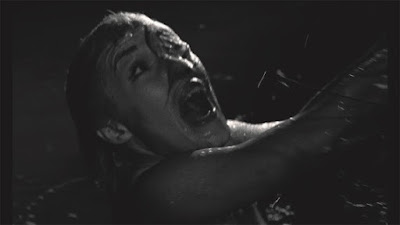 With a feeling of corner-cutting typical of its producer, DEMENTIA 13 nevertheless has plenty of gothic atmosphere, some decently gory axe murders, and a couple of memorable underwater sequences. With its twists and turns it's easy to see where the directors of 1970s gialli may have got some of their ideas from.

Ronald Stein's music score is a classic, all creepy harpsichord that walks the fine line between horror and black humour. Patrick Magee turns up as the local doctor and William Campbell - Star Trek's Squire of Gothos himself - is one of the suspects. The whole thing clocks in at an economical 69 minutes and is something of a black and white low budget delight from start to finish. 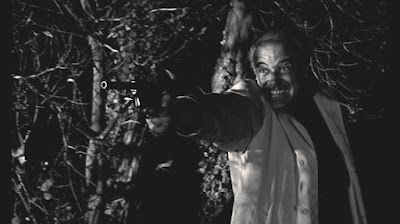 And it's even more of a delight in Vestron's special edition which boasts a nice clean print with good grain and minimal picture noise even during the darkest sequences. Extras consist of a Coppola introduction. It's only a minute long but don't worry because he's on hand to provide a detailed commentary track as well. In fact it's surprising how much he can remember about a film made so long ago but as he says himself, this was a very special film for him. Finally, you also get the 'DEMENTIA 13 Test' Prologue, which is six minutes of a 'specialist' who has allegedly designed a test to make sure the viewer doesn't go out and murder people after viewing this film, presumably even in this first-rate Blu-ray presentation. Good stuff, Vestron.

Posted by John Llewellyn Probert at 8:12 am