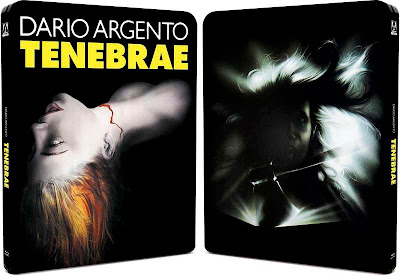 One of the best gialli ever made, (and therefore one of the best Italian horror films ever made), Dario Argento’s TENEBRAE was met with a little bit of  disappointment on its initial release by those expecting the conclusion to his ‘Three Mothers’ trilogy of supernatural horror started by SUSPIRIA (1977) and INFERNO (1980). Instead, Argento returned to the giallo, a subgenre he had made so popular in the early 1970s with his animal trilogy (starting with THE BIRD WITH CRYSTAL PLUMAGE) and which he himself came back to in order to provide a consummate full stop to the plethora of rip-offs and imitations that followed in its wake in the form of PROFONDO ROSSO (1975). After the neon-lit colour-drenched histrionic excesses of  SUSPIRIA and INFERNO (and the latter movie’s mis-handling by Twentieth Century Fox and its subsequent financial failure) it’s perhaps not surprising that Argento returned to the genre that had made him famous as a sort of palate cleanser.

Peter Neal (Anthony Franciosa) is a novelist famous for writing exactly the kind of thrillers Argento had been famous for filming. He travels to Rome for the launch of his latest book, 'Tenebrae', only to discover that a spate of recent brutal murders seems to be linked to both him and the book. Neal determines to solve the mystery himself, but in the best Italian giallo style things don’t go the way we’re expecting.
I will freely admit that I love TENEBRAE. The script is cracking, the murders are stylish, the music is great and the twist is so good I can still remember how blown away I was by it the first time I watched the film. I would be happy to while away the hours arguing that it could be Argento’s best giallo (yes, even better than PROFONDO ROSSO). More than his other gialli it feels like the true 1980s horror equivalent to the Agatha Christie crime thriller, in which an intrepid amateur tries to beat the police at their own game. The film wears its influences on its sleeve, even quoting Conan-Doyle twice, most significantly at the end. 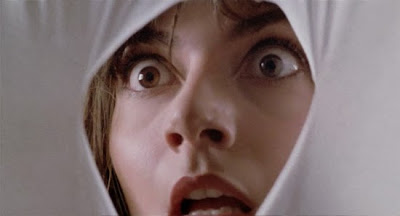 Watching the film for the umpteenth time, I was struck by how much care has been taken with everything. Argento always claimed that the film is set slightly in the future - one where everyone wears pastel colours that coordinate not just with everyone else, but with the production design as well, it would seem. Even the dubbing, often the downfall of many a decent Italian horror, is a lot better than usual. Apparently it was supervised by Robert Rietti rather than Nick Alexander and the voice cast includes accomplished performers like Theresa Russell and Adrienne Posta.
Most of all the central casting is perfect. Anthony Franciosa brings a warmth and believability to his role that makes it hard to think of anyone doing quite such a good job in the part, and that just makes the (completely insane) climax all the more affecting. 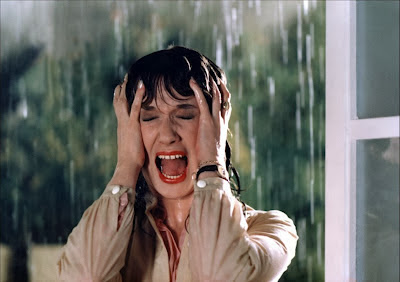 Arrow brought out TENEBRAE on Blu-ray earlier this year but a lovely steelbook edition is about to hit the streets. The Blu-ray transfer is gorgeous and is the best looking version of the movie you can currently get hold of. Extras are the same as the previous Blu-ray and 2011 DVD release (and still completely different from the Anchor Bay Region 1 release that had a Dario Argento commentary, behind the scenes sequences, and alternate end titles where some strange 1980s disco song plays - worth hanging onto). These include a commentary track from Kim Newman and Alan Jones, another from Thomas Rostock, a tiny introduction from Daria Nicolodi who is also interviewed, interviews with Argento and composer Claudio Simonetti, and two live New Goblin performances. The steelbook cover is reproduced above.

Arrow Films are bringing out Dario Argento's TENEBRAE on 16th December 2013 as a limited edition Zavvi Steelbook Exclusive. So get your order in now
Posted by John Llewellyn Probert at 12:12 pm