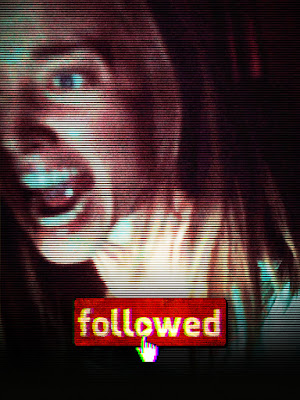 The found footage genre appears to be alive and (reasonably) well in Antoine Le's FOLLOWED, which is getting a digital (how apt) release from Altitude. 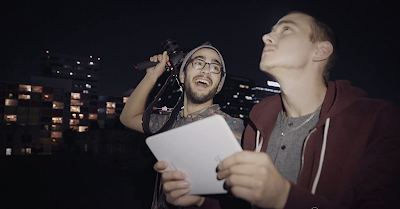 Annoying social media 'influencer' Mike (Matthew Solomon) has a youtube channel where he visits crime scene locations and enthuses with almost pathological vigour about the horrors that took place there. When he bags a lucrative sponsorship deal with 'Haute Gothic' on the condition his subscriber base substantially increases, he decides to visit the Lennox Hotel, a building that has seen far more than its fair share of murders, suicides, and possibly even hauntings. But nothing prepares him for the revelations he eventually discovers within. 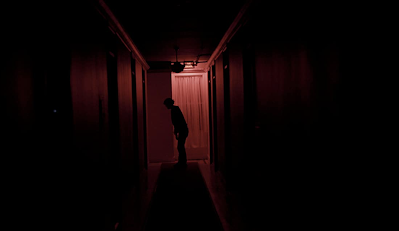 As video technology has advanced so has the watchability of movies that employ that technology to convey their narratives. FOLLOWED still has a fair bit of shaky cam but at least the images we get in these movies now is nice and clear. As for its content, FOLLOWED is frequently derivative, spends a lot of time relating scary stories that don't pay off later, and only in its second half does it start to deliver the goods, and even then it all feels rather half-baked. If you want to be scared by doors opening by themselves or objects falling off shelves then you're still better off watching PARANORMAL ACTIVITY, but there's fun to be had here spotting other movie influences - one ongoing thread of the team's editor staying in her hotel room and going slowly insane has an almost PRINCE OF DARKNESS feel to it. 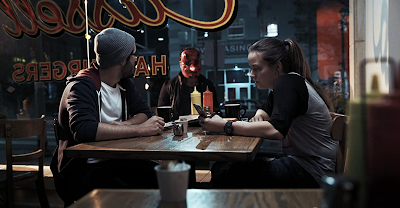 Ultimately, while FOLLOWED is nothing special, if you're in the mood for a found footage picture where a very annoying lead character actually has an arc that helps explain his actions with some scary bits along the way then you could do worse than this.

Posted by John Llewellyn Probert at 8:59 am