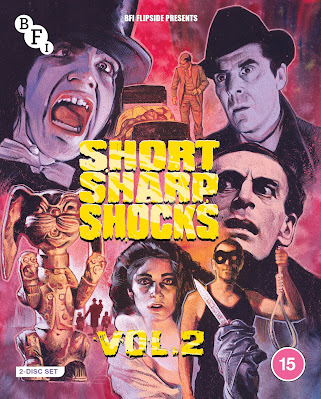 Here we go again with another pick'n'mix sampling of what British cinema has had to offer in the way of short subjects over the years, all of them with the accent on the macabre. Like the first volume, which I covered here and in which I talked a little bit about why these productions existed in the first place, a variety of different types of programme fillers have been included over two discs. So let's dig in and see what the BFI has put together for us this time.

We kick off with some jolly japes as you the audience get to play detective in four mysteries (two per 18 minute short). Antiquated clues and even more antiquated accents all add to the fun of these charming little pieces which are more enjoyable than any more modern attempt to ridicule them ever could be. I wonder if there were any more. 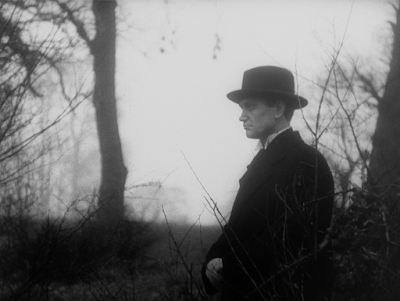 Proof that British public information films were capable of being grim way before the 1970s (and rather atmospheric, too) here's this little three minute short. I'll leave it to you to discover the subject matter, but that chap up there doesn't look very friendly, does he? 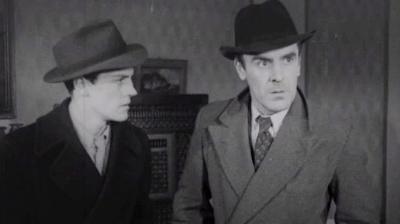 The escape has already happened by the time this one is underway, and psychopathic burglar-cum-killer John Le Mesurier is busy plotting his next heist, which involves his return to the country house where he killed a maid. The first half of this 38 minute short gives us the backstory, the rest is all atmosphere and gradually weirder goings-on, until we reach the climax of this, the first in a proposed series of 'Psychic Mysteries'. The first directorial credit for John Gilling (Hammer's THE REPTILE, PLAGUE OF THE ZOMBIES, THE MUMMY'S SHROUD) who does everything he can to wring atmosphere out of his limited resources.

The one truly laughable short in this entire set comes courtesy of co-writer (with Anthony Page) and director Theodore Zichy (who gave us PORTRAIT OF A MATADOR and DEATH WAS A PASSENGER in Volume One). Zichy signs his work as if it's great art. It's certainly great something. "Of its time" is probably the kindest way to describe MINGALOO, a film that manages to cram in a number of inappropriate elements in its first few minutes, including three men in brown face makeup. The female lead's voice is a special effect all to itself and the way she is treated by the male lead is, again "of its time". The plot is some slight stuff about an artist dreaming up a model of a dog that criminals then want to use for drug smuggling. However, in amongst all the amateurishness we get one decent, almost Lovecraftian dream, sequence involving a giant idol and a tiny girl, so it's worth at least one watch. 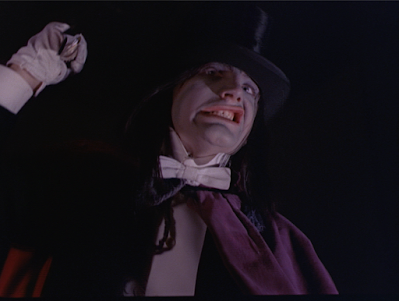 Screaming Lord Sutch gurns for England in this very early example of the pop video.

Disc one contains no extras. 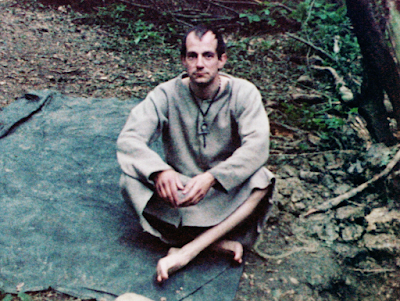 Lennard Pearce plays a right-wing MP whose wife was murdered by an extremist group. He's pushing to get a bill through parliament that will bring in identity cards and see the return of hanging. To improve his chances of success he uses ancient texts to find the burial site of a man excommunicated in the 1400s. He digs him up and the now revived 'Undead' plants a bomb at a local school before proving to be rather less controllable than the MP had hoped. There's a decent idea here but THE FACE OF DARKNESS tries way too hard to be taken as both arty and complex when it fact it's a very straightforward story. As a result it all comes across as a bit pompous and silly. If you're a fan of 1970s UK cinema (which of course I am) then it's of interest, but others will wonder how something like this ever ended up on the first half of an exploitation programme (in this case as the B feature to William Fruet's DEATH WEEKEND).

A mini British 'stalk 'n' slash' as the man who has been sending Geraldine James threatening phone calls tries to break into her flat. Director Robert Bierman, who  went onto make the delirious Nicolas Cage-starring VAMPIRE'S KISS (1988) does a decent job of maintaining suspense in this one and it's a pity he didn't get the chance to make his own WHEN A STRANGER CALLS-style slasher. 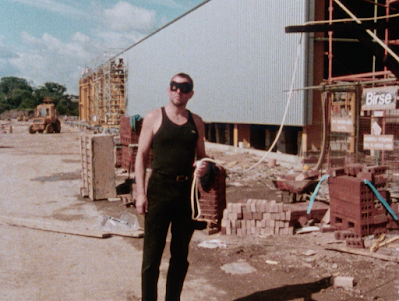 It's time for some good old public information film fun in this 17 minute short demonstrating some of the potential hazards to be encountered on building sites. Unlike 1978's BUILDING SITES BITE which was made to be shown in schools, HANGMAN is aimed squarely at the builders themselves, even if the titular lead comes across a bit like a Monty Python character in black garb and mask. Fans of Jon Pertwee-era Dr Who will enjoy the spectacle of Stuart Fell falling 30 feet, and the end credits reveal he was the stunt coordinator for the entire film.

This one's firmly at the art house end of the spectrum, examining the history of monstrous women in folklore and myth while at the same time giving us a storyline about a lesbian film-maker getting involved with a female vampire. By far the most 'art school project' of the films presented here, kudos to the BFI for ending this set on something a bit different, but it won't be to everyone's taste.

Extras for disc two include interviews with FACE OF DARKNESS director Ian FH Floyd, DUMB WAITER director Robert Bierman, and MARK OF LILITH directors Bruna Fionda, Polly Biswas Gladwin and Zachary Nataf. There are also image galleries for those three films, as well as Putting on the Ritzy, a short piece which celebrates the history of the cinema where MARK OF LILITH was filmed. Add in a booklet and new artwork by Graham Humphreys and this is another fascinating shorts package from the BFI. Let's hope we get a Volume Three.

Posted by John Llewellyn Probert at 9:01 am