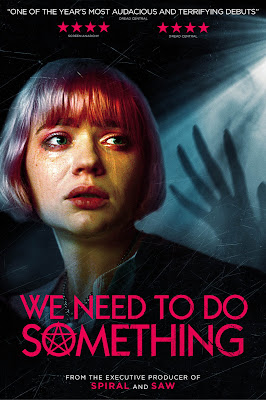 During a terrible storm complete with tornado warnings a family of four retreats to the bathroom of their house to wait things out, the rationale being that it's the most robust place in the building. But then the collapse of a tree against their only exit and a sudden failure of their mobile phones results in them being trapped in there. 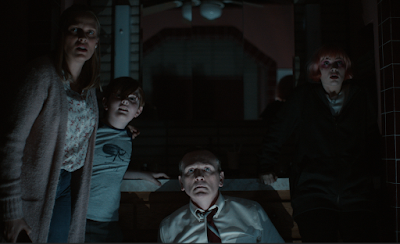 Days pass.The door can only be opened a fraction and there's the worrying suggestion that something very strange has happened outside. Has there been a world war? An alien attack? And why are we seeing flashbacks to a black magic ritual? 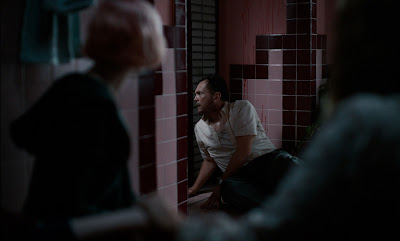 There have been quite a few movies made under lockdown conditions, and WE NEED TO DO SOMETHING is one of the better ones. Boasting a fine cast including Pat Healy (THE INNKEEPERS, CHEAP THRILLS), Vinessa Shaw (EYES WIDE SHUT, COLD IN JULY) and Sierra McCormick (VFW) it's pretty tightly scripted (by Max Booth III) and resourcefully directed. In fact the film does so well in maintaining both a sense of tension and mystery that some may worry that it might not last until the finale. I'm not going to spoil it for you either way, suffice to say WE NEED TO DO SOMETHING is a decent little thriller that would have made a fine television play back in the day, and it makes Sean King O'Grady and Max Booth III names to watch.

Posted by John Llewellyn Probert at 8:57 am