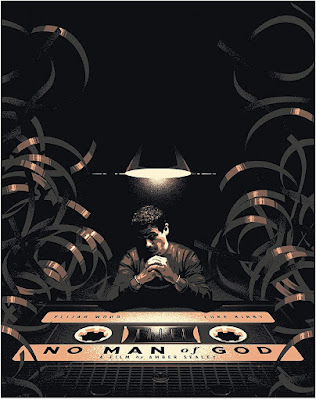 Following its premiere at this year's Frightfest and a digital release back in September, Amber Sealey's NO MAN OF GOD is coming out on UK Blu-ray from 101 Films in a nicely presented box set that includes some special features. 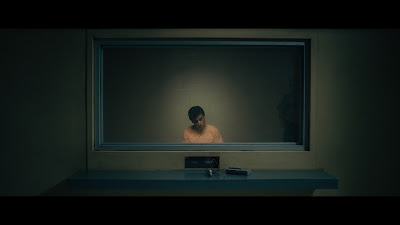 Serial killer Ted Bundy (Luke Kirby) has been caught and sentenced to death. Now he sits in a Florida penitentiary waiting to hear the outcome of his latest appeal or if the date of his execution has finally been set. Meanwhile, FBI analyst and new kid on the block Bill Hagmeier (Elijah Wood), recruited to the organisation's new profiling service, volunteers to attempt to talk to the notoriously interview-shy Bundy in an attempt to profile him. What follows is the development of a fascinating relationship between the two men, one that lasts all the way from 1984 to Bundy's execution in the electric chair in 1989. 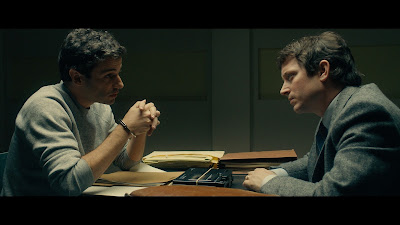 Written by C Robert Cargill (SINISTER), the screenplay for NO MAN OF GOD uses Hagmeier's real-life transcripts and interviews with the FBI agent. Director Amber Sealey gets the absolute most out of a film that is essentially two men talking in an interview room and her skill, combined with the talents of the two leads, result in a film that is utterly riveting. NO MAN OF GOD is a must-see for true crime aficionados but its appeal is wider than that. This is a great, absorbing piece of cinema and kudos to producers Daniel Noah and Elijah Wood for getting this project to the screen. 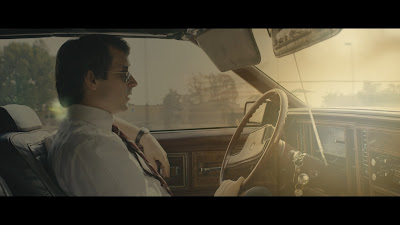 101 Films' Blu-ray contains 80 minutes of interviews - half an hour with Elijah Wood, 40 minutes with Luke Kirby and ten minutes with co-star Aleksa Palladino who plays Bundy's defence lawyer. The disc comes in a rigid box featuring newly commissioned artwork and a set of art cards. It's a film that deserves some special treatment and while it premiered at what many would consider a horror film festival, this is mainstream true crime cinema at its best. Nice job 101 Films. 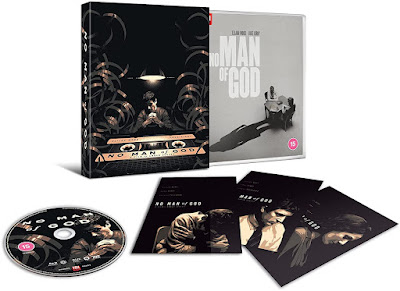 Posted by John Llewellyn Probert at 9:59 am